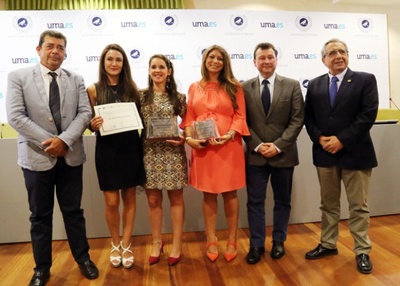 In the First Edition of the "Manuel Molina" Awards, the presentation of which took place in September 2016, there was a prize of € 2,000 distributed among the three awards for the best Final Degree and Final Master Projects.

The aim of the awards is to distinguish the students who have carried out their Final Degree's or Final Master's project most brilliantly within the framework of university studies in Tourism at the University of Malaga, having especially valued those whose subject matter focused on the study of the use of technology in the tourism sector and international tourism.

The jury for the awards - made up of the Director of the Secretariat of the Vice-Rector's Office for Strategic Projects of the University of Malaga, a professor from the Faculty of Tourism and an entrepreneur from the sector - selected the three best works from among the twenty applications received..