In the latest report issued by ACI Europe, they show the analysis of the financial impact of the situation produced by the COVID-19 pandemic on the airline industry during the last year, as well as a brief forecast of air flows for the current year depending on a more optimistic or pessimistic scenario.

On the one hand, the volume of air traffic between March 2020 and the beginning of 2021 has been analyzed. As the graph shows, the industry suffered a drastic drop in passenger numbers during the spring of 2020, staying at the minimum compared to the same period in 2019. Even though the limitations on travel during the summer months had eased, and the volume of air travel recovered something more, the data did not even reach half of the indicators corresponding to the summer 2019. Starting in the fall of 2020 and up to the present time, air services continue to experience a drop in the level of traffic.

The unprecedented impact produced by the pandemic, with the consequent results of decreased traffic volumes during 2020, has caused air traffic to fall below the 1995 indicators, while airports continue to be sized for the levels traffic corresponding to 2019. 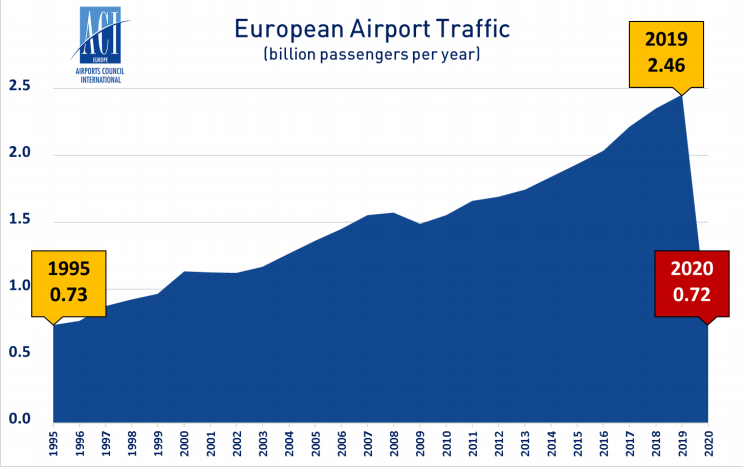 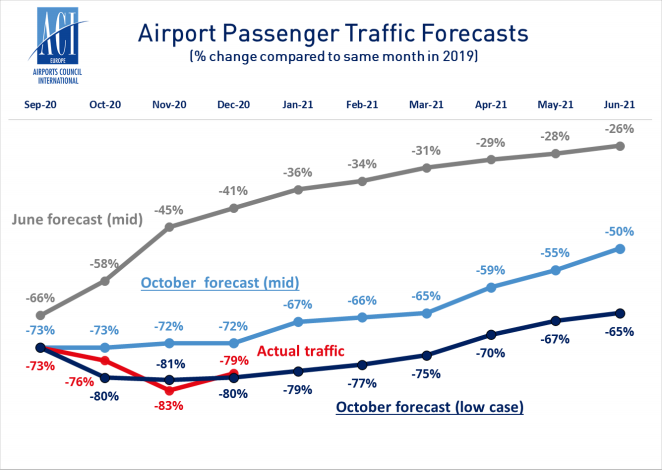 Finally, some forecasts for the year 2021 are presented, divided into two scenarios: the basic and the pessimistic, by quarters. According to these forecasts, losses could be reduced in the last two quarters of the year, according to the basic scenario, starting with the summer season, trusting that displacements will be able to free themselves from the limitations for the summer months and persist during autumn. In the most pessimistic scenario, the situation could improve for the second half of the year, compared to the first two quarters, but even so, the losses would be more significant, which could occur under the case that most of the restrictions remain in force. In any case, in a more or less optimistic scenario, the first two quarters of the current year do not show signs of a significant recovery.

From there, the losses estimated for the year 2021 compared to 2019 remain high, even in the case of the gradual recovery of traffic. 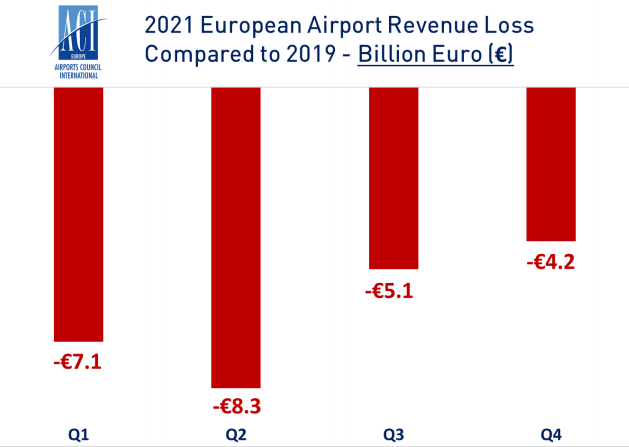